Join the ten funny sheep as they count down throughout the day. Learning how to count can be fun with this read aloud story, based on the traditional, 'Ten green bottles'. The illustrations are detailed and bring a whole new layer of interest. Keep an eye out for the hidden number on each page. 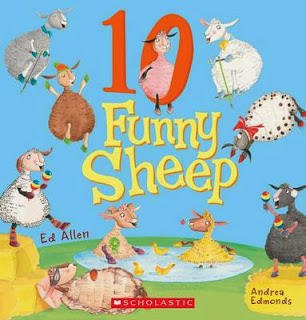 There was an old lady who swallowed a meerkat

The old lady is on the move again but this time she is heading for the zoo. A day trip to the zoo turns into another feast. Join the old lady on safari before she swallows all the animals!

Based on the traditional, 'There was an old lady who swallowed a fly'. 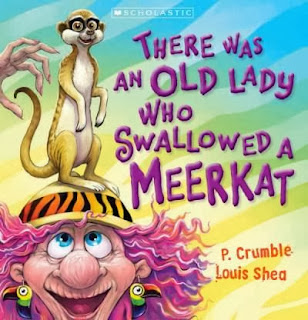 Being a dinosaur is hard. They are so misunderstood. They just want to fit in - but being so big has its drawbacks!  One big 'rawr' and everyone runs for cover. But here's a little secret, 'rawr' just means hello! Dinosaur soon discovers that he can use his size to his advantage.

The soft, cloth dinosaur insert in the cover and simple, clean illustrations would appeal to young children, particularly those interested in dinosaurs. Gentle humour throughout engenders an empathy for poor old dinosaur who just wants to be one of the group. 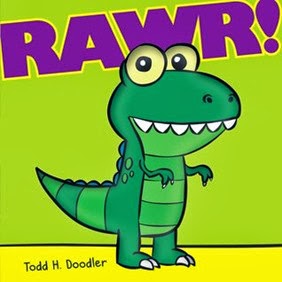 Enlisting the help of the farmyard friends, Chick tries to lay an egg. Nothing seems to be working. That is until helpful snake waits one night, under Chick, only to discover that Chick isn't sick after all!

An interesting rhyming text written with very few words, mostly just with the use of nouns and verbs:


Simple colourful illustrations would add to the appeal for 3 to 5 year olds. A companion book to Duck's stuck!

Scholastic
Due for release December 2013 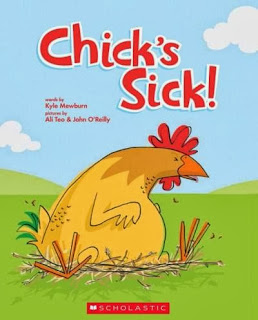 Each day is full of many trying things.
How do you bath a dinosaur?
How do you look after a new born dinosaur?
What do you feed an oversized carnivore?
Follow the day's trials and tribulations!

Beautifully illustrated with a sense of humour throughout. Recommended for 3 to 5 years.

Koala Books
Due for release December 2013 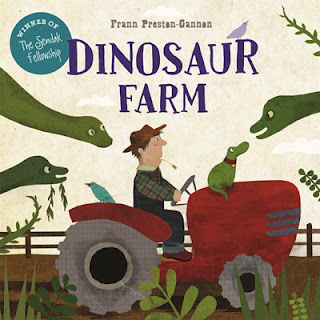 A delightful bed time lullaby, perfect for your little ones.

As all the mothers put their babies to bed, they kiss them all on their head.

Published as a board book - this is an ideal read aloud book for 0 to 3 years.

Scholastic
Due for release December 2013 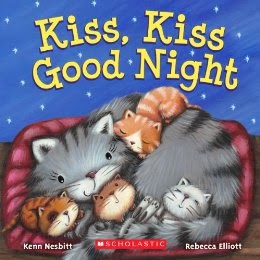